“Guitarist extraordinaire…animated, energetic and intense performance… a breathtaking exhibition… pushed the crowd to the edges of their seats…simply awesome” -and – “…he mixes the intensity of Stevie Ray with the passion of Hendrix and plays some of the meanest blues this side of the Mississippi. He takes his phenomenal blues to places others have not, making the music his own. He has what it takes to bring the blues up to the next level”. – Bernard Bauer of Music Connection Magazine
“… a Jimi Hendrix on guitar with John Lennon’s voice and vision … a songwriter with great depth.” – Lee Cotton of Rock and Blues News Magazine

“What Howard can do with a guitar is remarkable in a word …will have veteran guitar players wondering where the licks are coming from … Howard’s guitar is sweet and brilliant and laced with Spanish overtones and a fluid approach that is chilling. He knows his craft. .. deep in the well when it comes to guitar wizardry & creativity.” – Craig Ruskey of Delta Snake Daily Blues Online Magazine 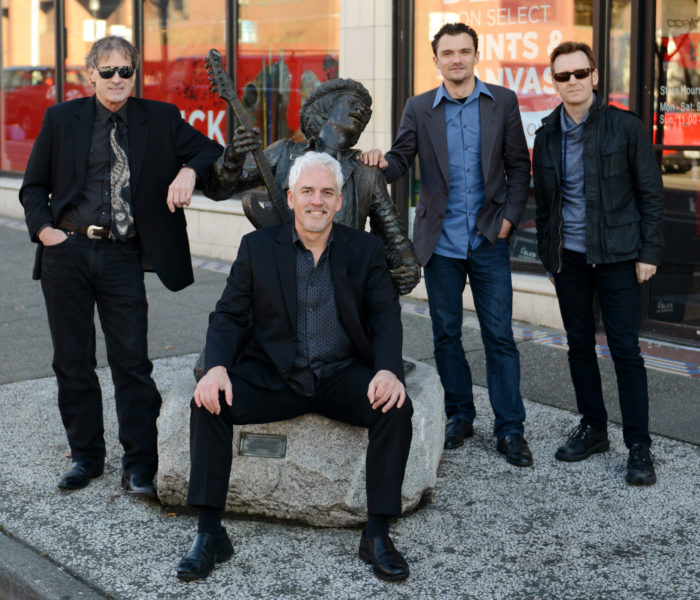 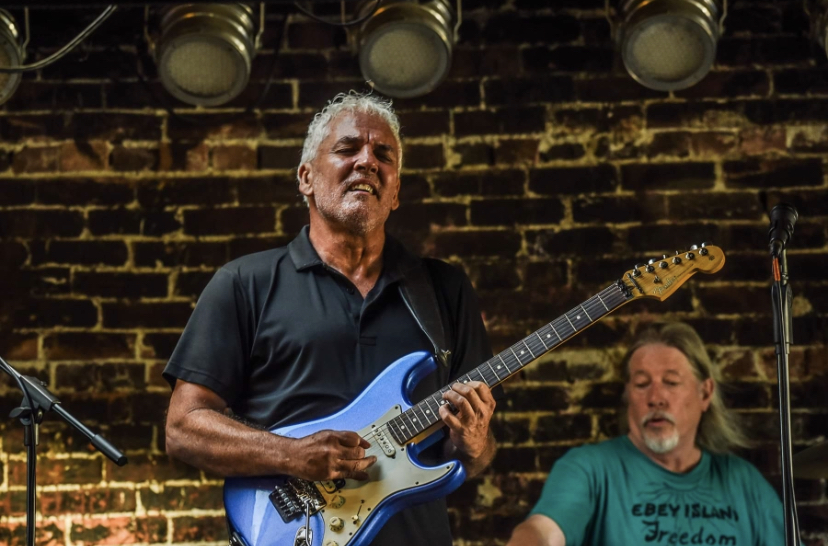 Meeting and sharing the stage with blues musicians from all over the world was a peak experience for James and his band. Another notable award worth mentioning is that James was chosen to be a semi-finalist in the 1996 Jimi Hendrix Electric Guitar Competition, where he had the honor of meeting and performing “Rainy Day Dream Away” for Jimi’s father, Al Hendrix in San Francisco.

James started learning classical guitar at the age of 12 and still plays and teaches classical guitar to this day. By the time that he received his first electric guitar, a yellow Fender Mustang for his 13 birthday, he had already been picking up licks and riffs by ear while listening to records of bands like Santana, Jimi Hendrix and Led Zeppelin. After getting a handful of lessons and with his knack for teaching, James began teaching himself and teaching other kids in the neighborhood about how to play guitar. He had learned about music theory already and was playing lead guitar in what would be today called a Classic Rock Band. Back then, The Doobie Brothers, Lynyrd Skynrd and Bachman Turner Overdrive were contemporary artists. 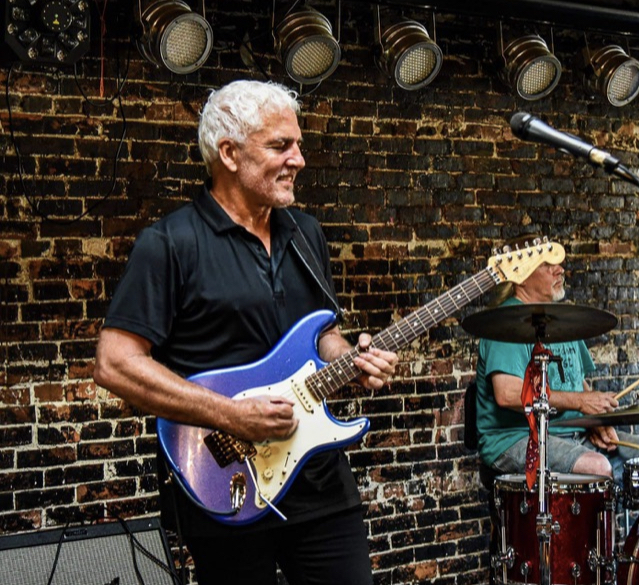 James loved guitar so much that, at the age of 17, he decided that music was what he wanted to do with his life. And he has never stopped. Other than perhaps a vacation or meditation retreat, James has not let more than a few weeks pass without playing and today he plays most every day. One interesting point about James Howard is that although he has never stopped playing and learning more about the guitar, he has not always made his living through music and teaching guitar. This was intentional and part of James’ spiritual life, a parallel world for which he is has devotion alongside his passion for music.

Although never breaking through to household name fame, James was a touring rock star in the eighties, had a working blues/rock band in the 90’s and achieved local fame in Seattle, Washington after moving to Seattle in 2001 and winning international awards. Today, James is an accomplished singer/songwriter/guitarist band leader and music producer. He has produced five of his own CDs in addition to producing CDs and tracks for other artists. James is a prolific improvising live performer with his own brand of blues, acoustic singer-songwriter, and jam band material. 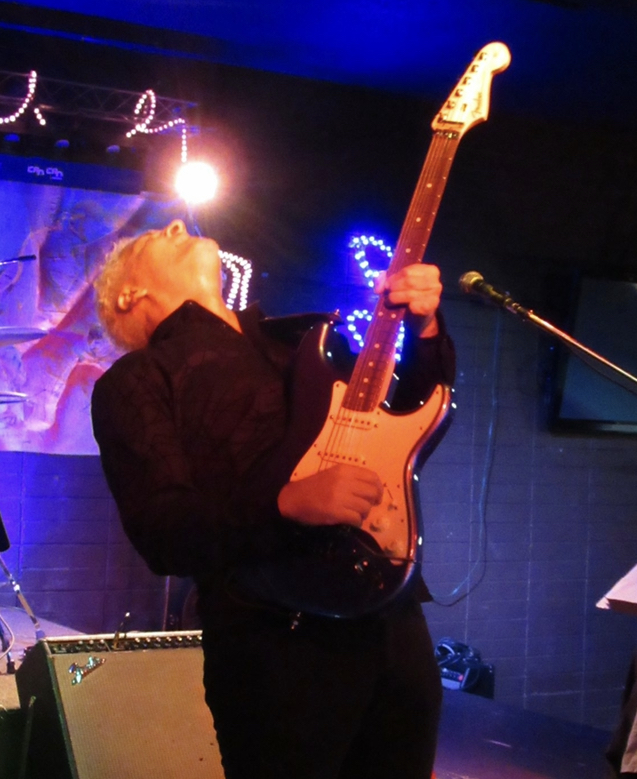 During the corona virus pandemic, while live music performing was banned according to the mandates of the state, James continued to make his living through teaching guitar. James converted his in person guitar teaching and music mentoring practice to online Zoom with excellent results. He had been teaching on Zoom with one student for several years prior to the pandemic, so he had worked through the initial difficulties of using the Zoom platform making the transition more successful without the ramp-up confusion that may have other-wise occurred. Teaching guitar over Zoom has its own unique benefits as compared to in person lessons.

Born in Oakland California, James Howard grew up playing house parties with Metallica bass player Cliff Burton years before he played with Metallica. James was in a band called Champion, a hard rock band, while Cliff played in a band called Trauma, a heavy metal band. They were playing the same bills at big clubs in Berkeley and San Francisco the  Keystone and the Stone respectively. These were large club/concert venues that would sell out on a regular basis.

Eventually James started touring with the rock band Rival and then the Reno based band Matinee. These bands played half original music and half cover songs. While trying to make it in the music industry as original recording artists, the bands were making a living playing concerts, clubs, and high school and college dances. Success was happening as the bands opened concerts for Robin Trower, John Waite, and UFO, among others. But the big record deal never materialized and internal conflicts ended up breaking up the bands. Matinee hired a credited producer and recorded an EP. 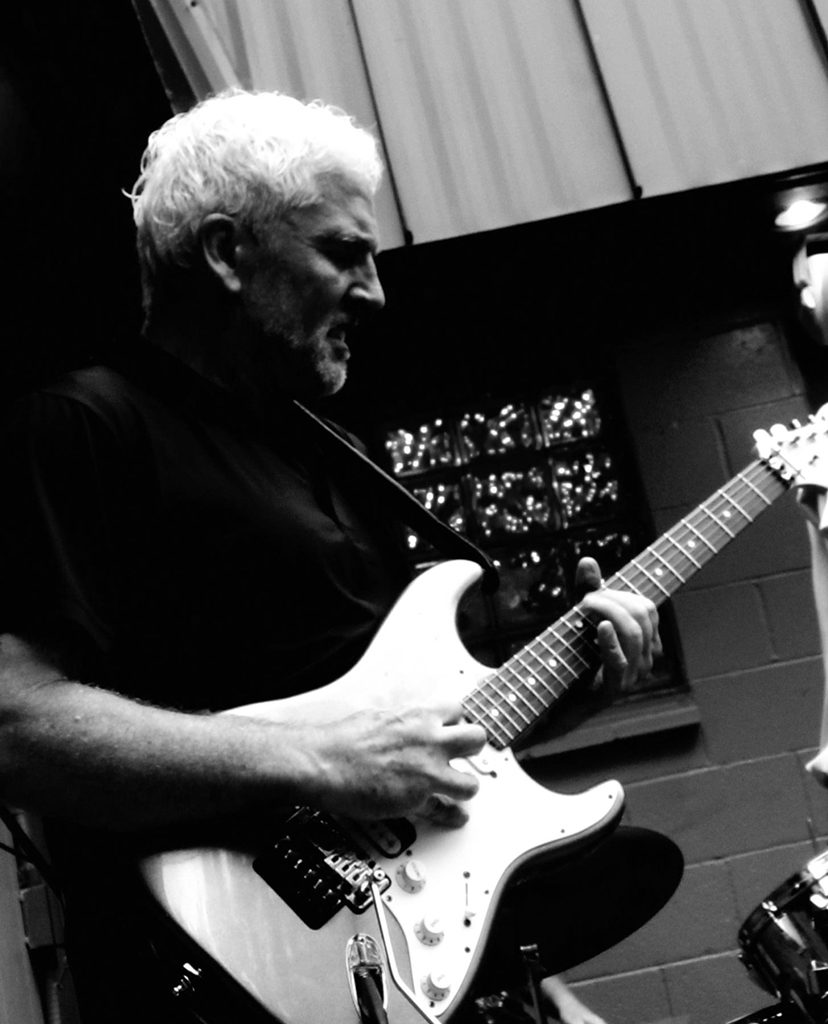 Diversifying to make a living in music, James Howard has fronted his own band, worked as a sideman and studio musician for other artists, and played flamenco guitar at Benaroya Hall in Seattle backed by a 25 piece orchestra. He even played country guitar in, Loretta Lynn’s granddaughter, Tayla Lynn’s band. Currently James is producing an album by artist Chuck Cossan and touring backed by Kevin Cook on drums and Evan Flory-Barnes on drums.