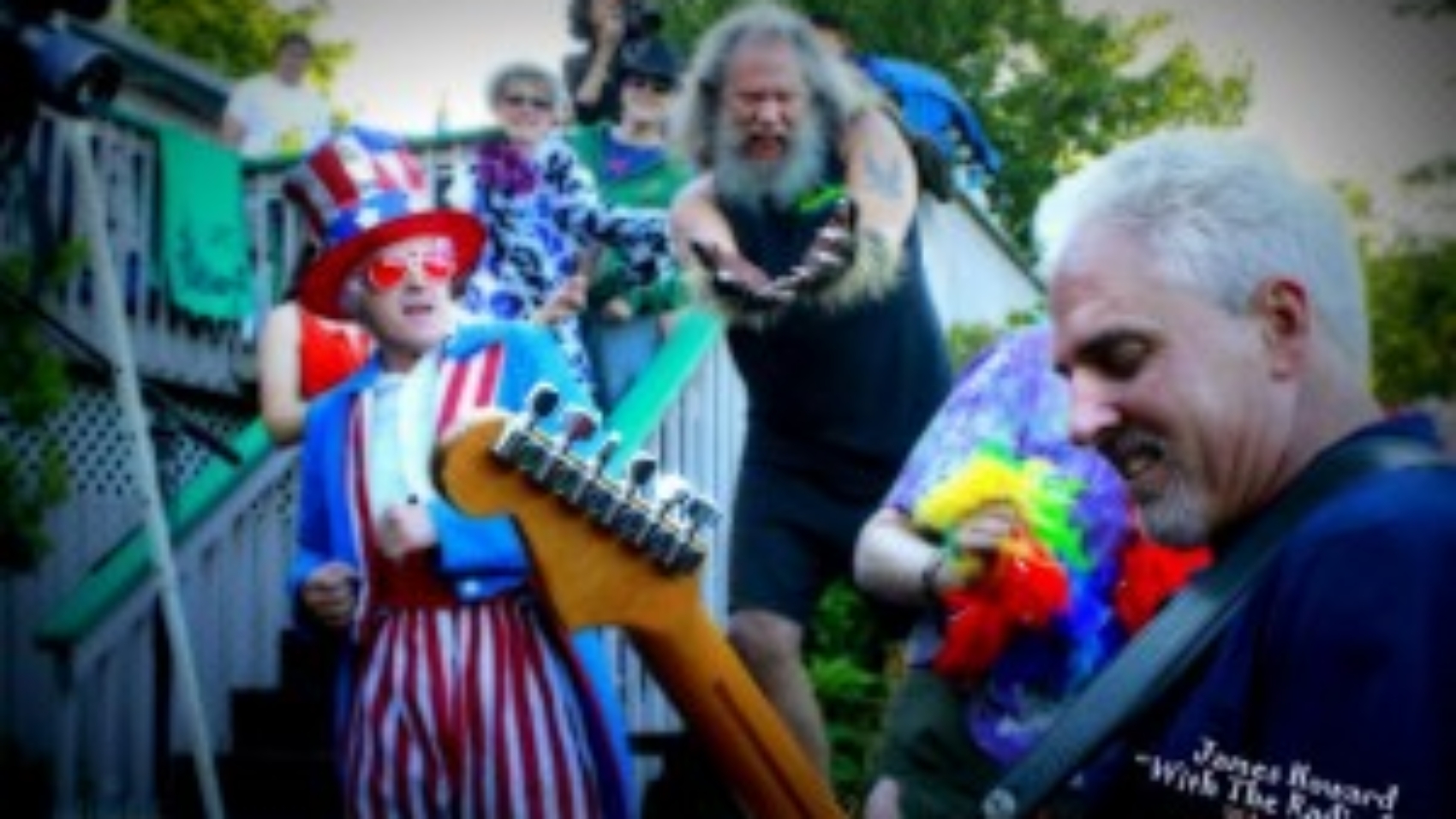 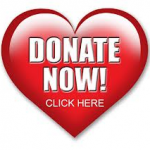 READ ABOUT IT HERE: 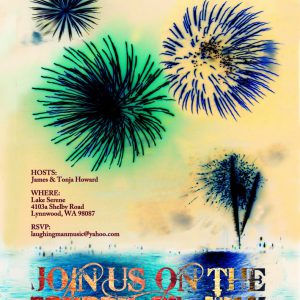 (or here:) Oh, you know what time it is! Are you ready for our 2nd Annual 4th of July Celebration? We are bringing it back live and by popular demand, yes, friends, your prayers have been answered and wishes do come true; its on! So be here or be sad when your friends tell you how awesome it was! Here’s the skinny:

(or here:) Oh, you know what time it is! Are you ready for our 2nd Annual 4th of July Celebration? We are bringing it back live and by popular demand, yes, friends, your prayers have been answered and wishes do come true; its on! So be here or be sad when your friends tell you how awesome it was! Here’s the skinny: 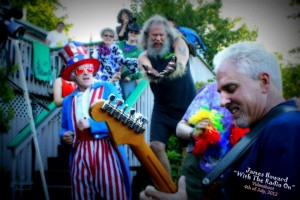 Last year we shot a video for “With The Radio On“, and everyone let their hair down and had a blast! This year, we’d like to shoot an acoustic video during a sunset sail with a few of you on our floating dock and ask that everyone bring a floating candle to add to the lake at the time of the shoot. 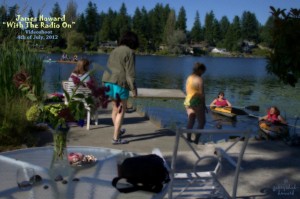 Bring your favorite beach towel, blanket or soccer chairs to hang comfortably for the day. Last year Debbie Sztain brought Kayaks, (there is also a boat launch by the fire station) we have a hot tub and plenty of lawn space for games. We’ll fire up the gas grill, and have a bonfire at night. 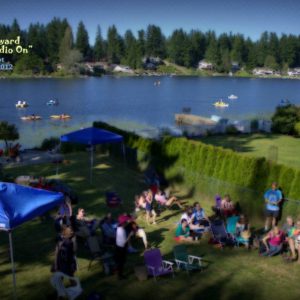 This is what we will need to get this party started, so please sign-up to allow us to borrow these items when you email:

Here is what we be a needin’:

* Prior to party: – Pressure washer and volunteer to help us a couple days before the party. 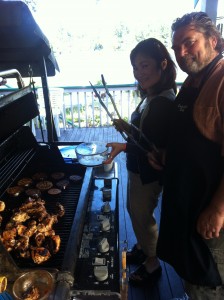 *White Christmas lights, rope lights or other outdoor lighting to line the driveway, illuminate the walkways, decks & patios for safety, and so the band can see on stage after sunset. (We are covering an acre of property.)

*5 – 10×10′ tents (at the minimum) to cover food/drink tables, and band(s), and to provide covered areas outside from sun and other fantastic Pacific Northwest weather. 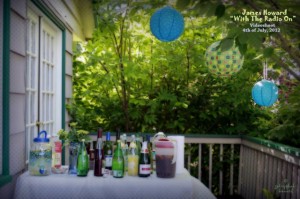 * Cost of clean up for carpets, yard & trash removal.

* We would like to be able to pay the musicians and rent a PA like last year, your love donation will help make this happen! 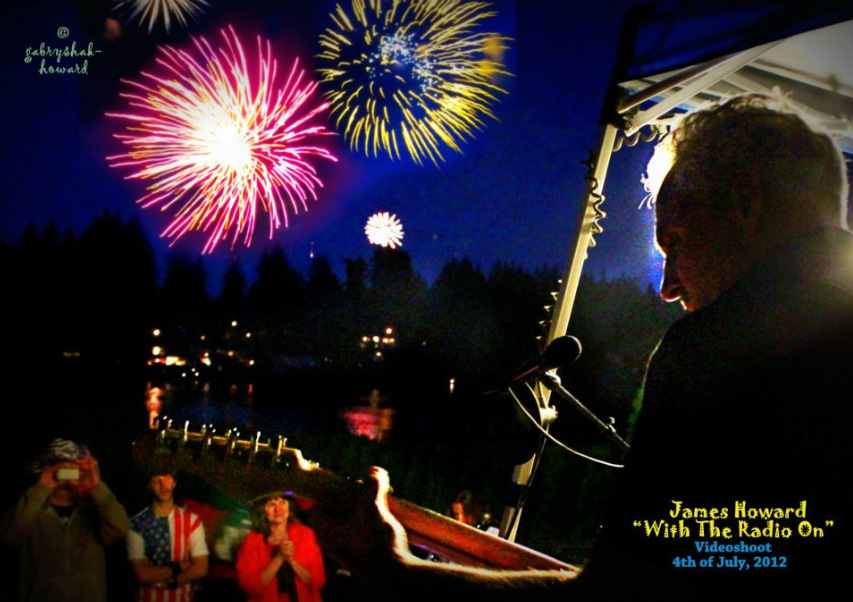 * Not necessary, but would be nice:

o Motor to transform our dock into a floating dock! 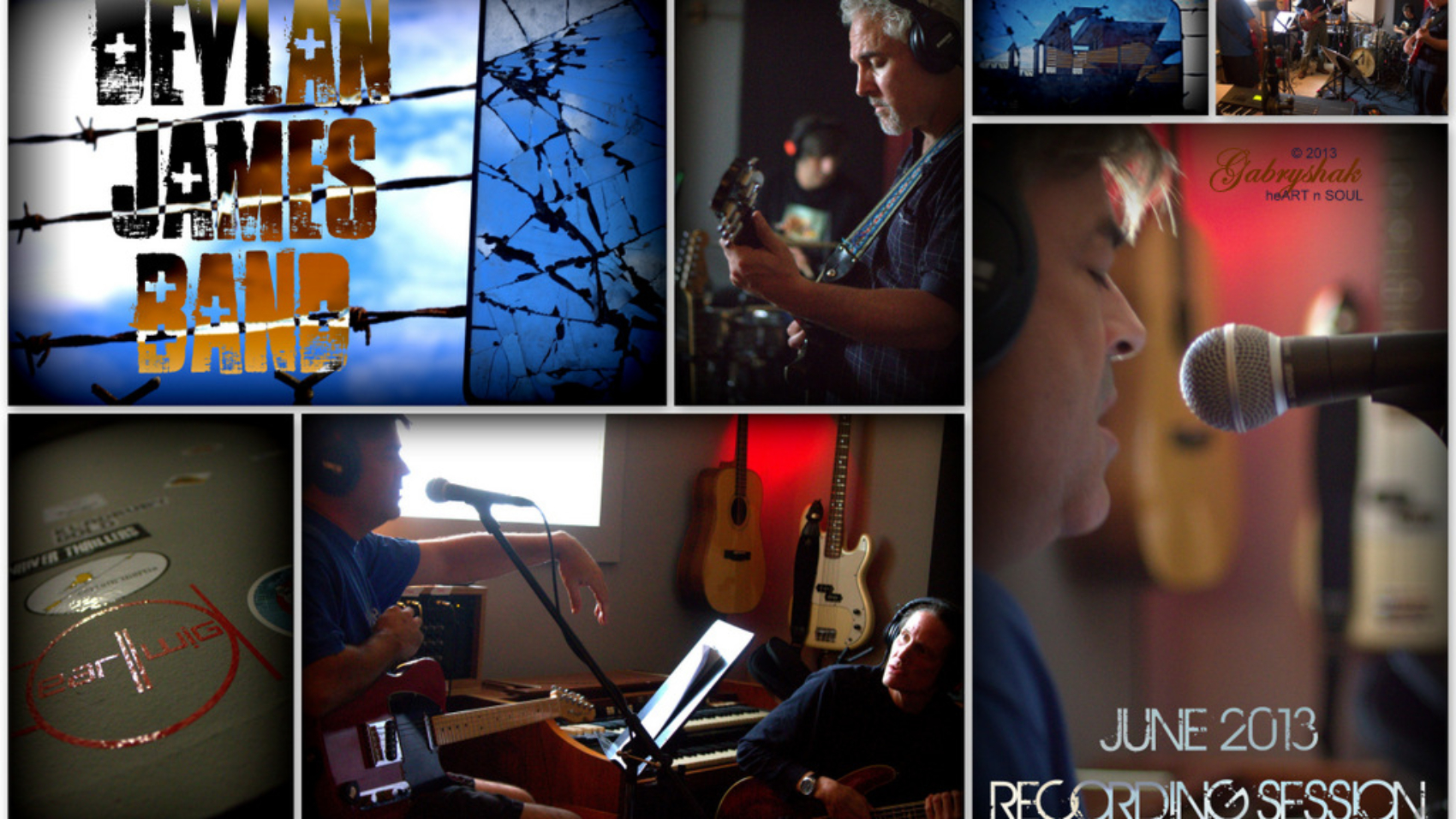 “Dennis, Andrew, Scotty, David and I had a great time tracking live together at Earwig Studio in Georgetown with Don Farwell engineering. With Dennis at the helm bringing his Nashville studio experience and his gift for songwriting and arranging we musicians were free to do what we do best. The three days of recording at Earwig brought us 8 songs closer to a new Devlan James Album. We have all been really enjoying the sessions, hanging out with each-other and making magic in the studio. We are looking forward to the up-coming release.”

Notes: Want to plan a special way to ring in the New Year? Come join us at the Front Street Grill on beautiful Whidbey Island, Washington overlooking Penn Cove. Located just three doors down from the historic Coupeville Wharf, their Dining Room and Bar offer amazing views of Penn Cove and Mt. Baker. They offer a classic American Grill experience, Gluten-Free Options and Kids Menu along with a full bar and a great wine list! Bergevin wines is on the list. Show details coming soon! [email protected] 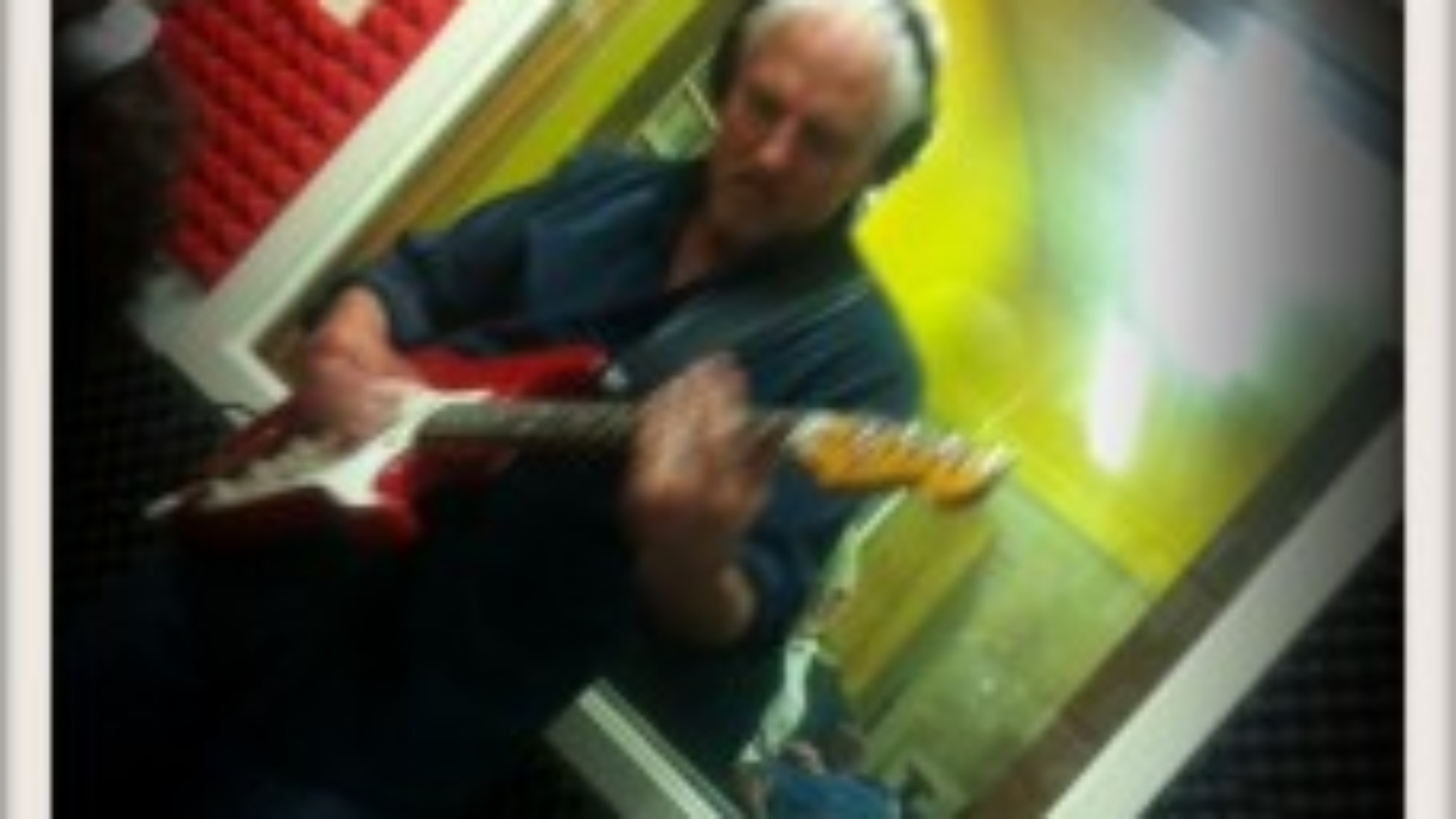 Notes: IBC. Join James Howard and his band as they debut new music from his upcoming all blues album “Into The Open Road” at the Semi-Finals for the International Blues Competition. Winners go to the worlds largest gather of blues musicians from 1/21/14-1/25/14 on Memphis fabled Beale Street. 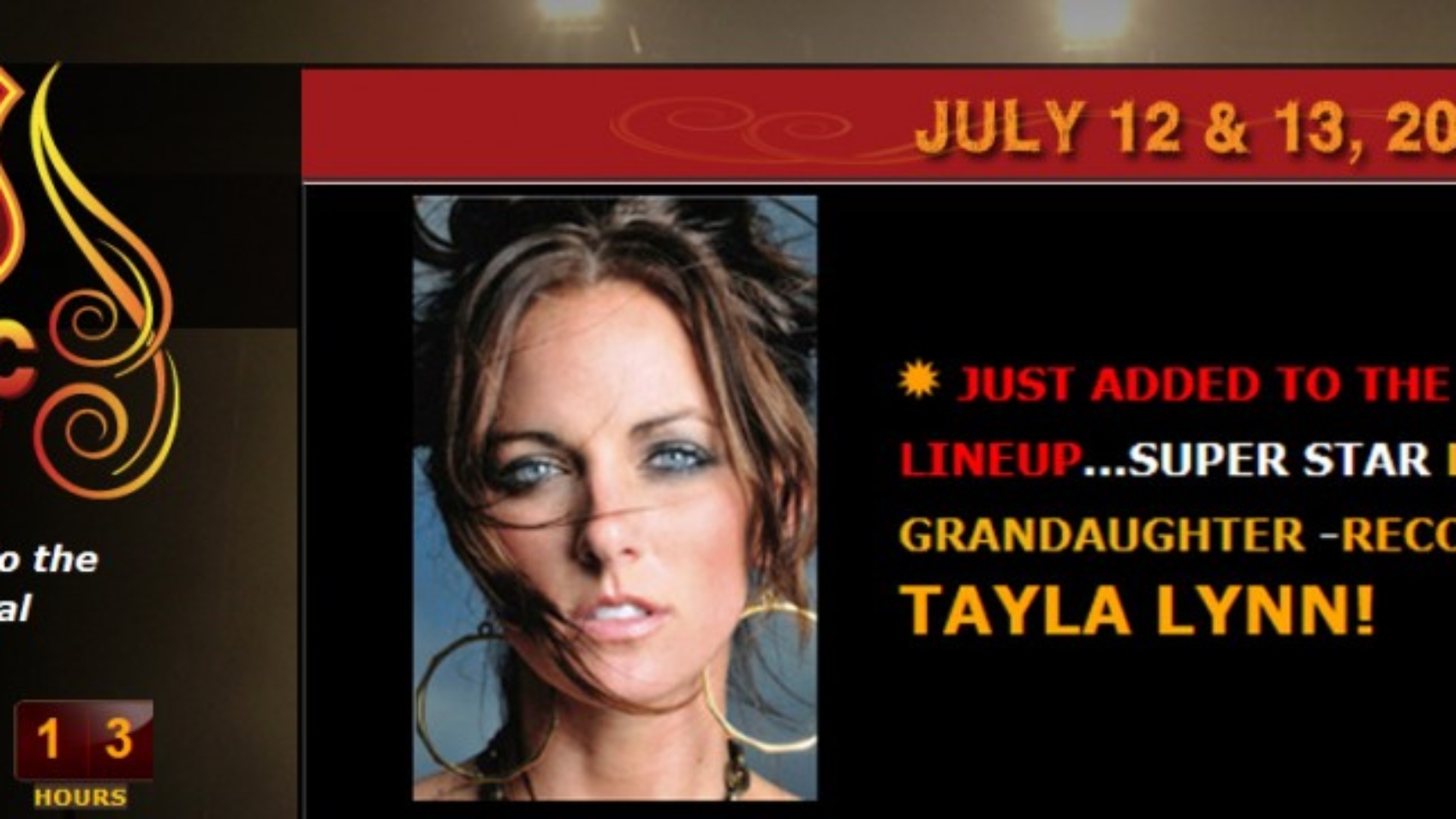 Notes: James Howard plays with Tayla Lynn at The 1st Annual East 542 Music Fest will be held on the Deming Logging Show grounds at 3295 Cedarville Road, Bellingham, Washington USA on the Mainstage. Tayla Lynn is a southern girl who grew up in the heart of Tennessee, and her country bloodlines are undeniable. Her grandmother is country-music legend, Loretta Lynn, and her father, Ernie, sang and played guitar in Loretta Lynn’s band. Tayla has toured with Loretta opening her shows. It was there she was discovered and given a record deal with her trio ‘Stealing Angels’, The girls toured the country singing in front of thousands, sang for our troops in Iraq/Kuwait and made a record with Paul Worley, who produced-Dixie Chicks, Lady A, Sara Evans, The Band Perry etc..- Their song “He Better Be Dead and Paper Heart have both made Billboard chart and the video was played on CMT and GAC. Thanks to the connections Tayla made, she has had opportunities to work with some of the most brilliant songwriters and producers in Nashville. The combination of Lynn’s pure, natural vocal talent, and her innate knack for crafting a story add up to the makings of a star. http://www.taylalynn.com Other artists on the bill: Journey, Boston and Chris Eger Band to name a few!! More info: http://www.542musicfest.com/ 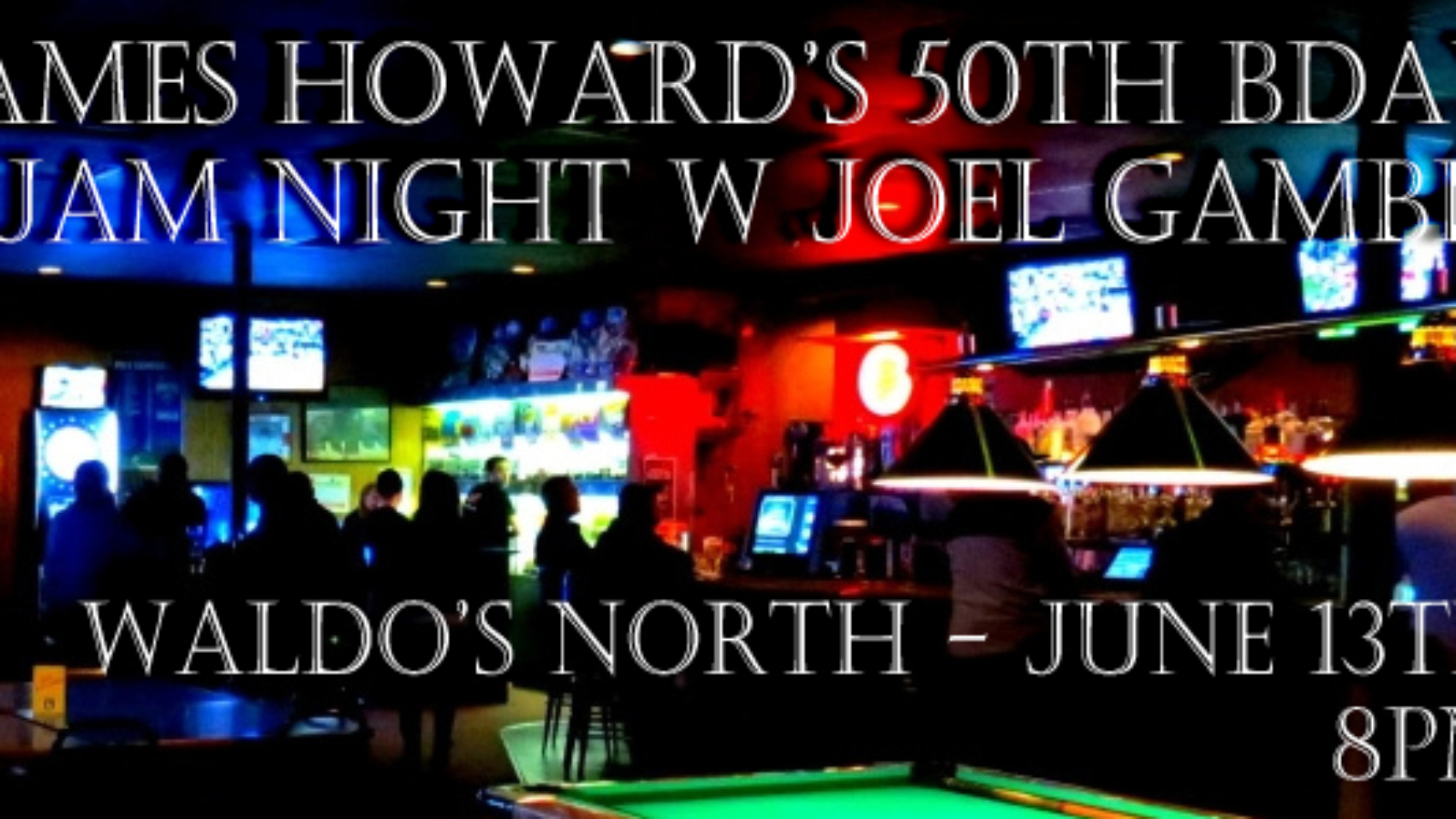 Notes: Violinist & Keyboardist Joel Gamble hosts the Jam Night at Waldo’s North. Has invited James Howard to be the featured guest, and being we hadn’t made plans to celebrate James’ 50th we realized we were destined to celebrate the evening with music and friends – what could be better than that? 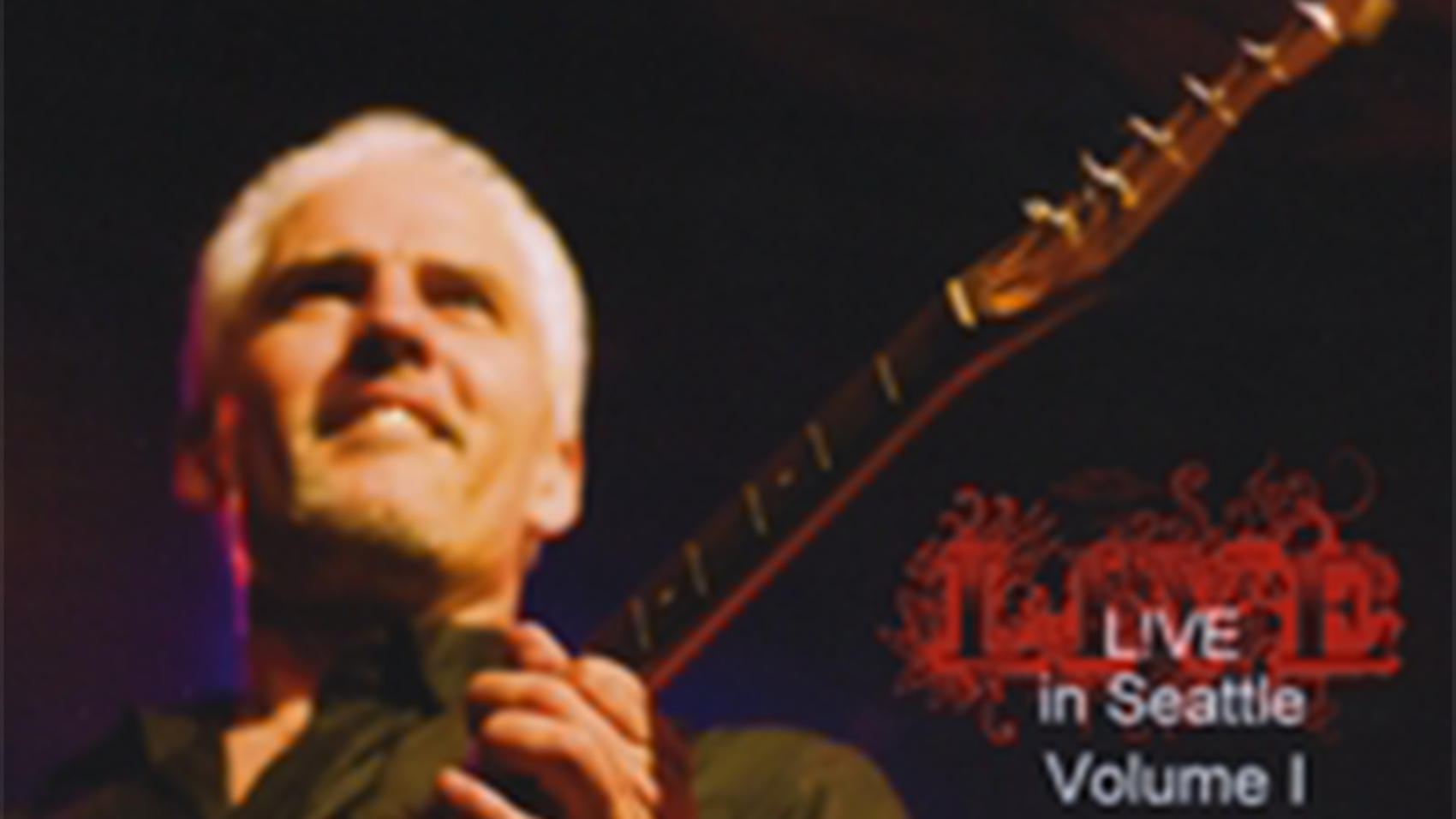 Notes: Join Tommy Wall every Sunday night from 7:00 to 10:00 for the award winning Raging River Blues Jam! Every week we have featured guests who are some of the top blues musicians in the Northwest. The dance floor is always hopping with food and drink to make Sunday a fun night and a great way to end the weekend! Join Tommy Wall & Andrew Cloutier, along with many great local musicians in one of the best blues jams in the Northwest! 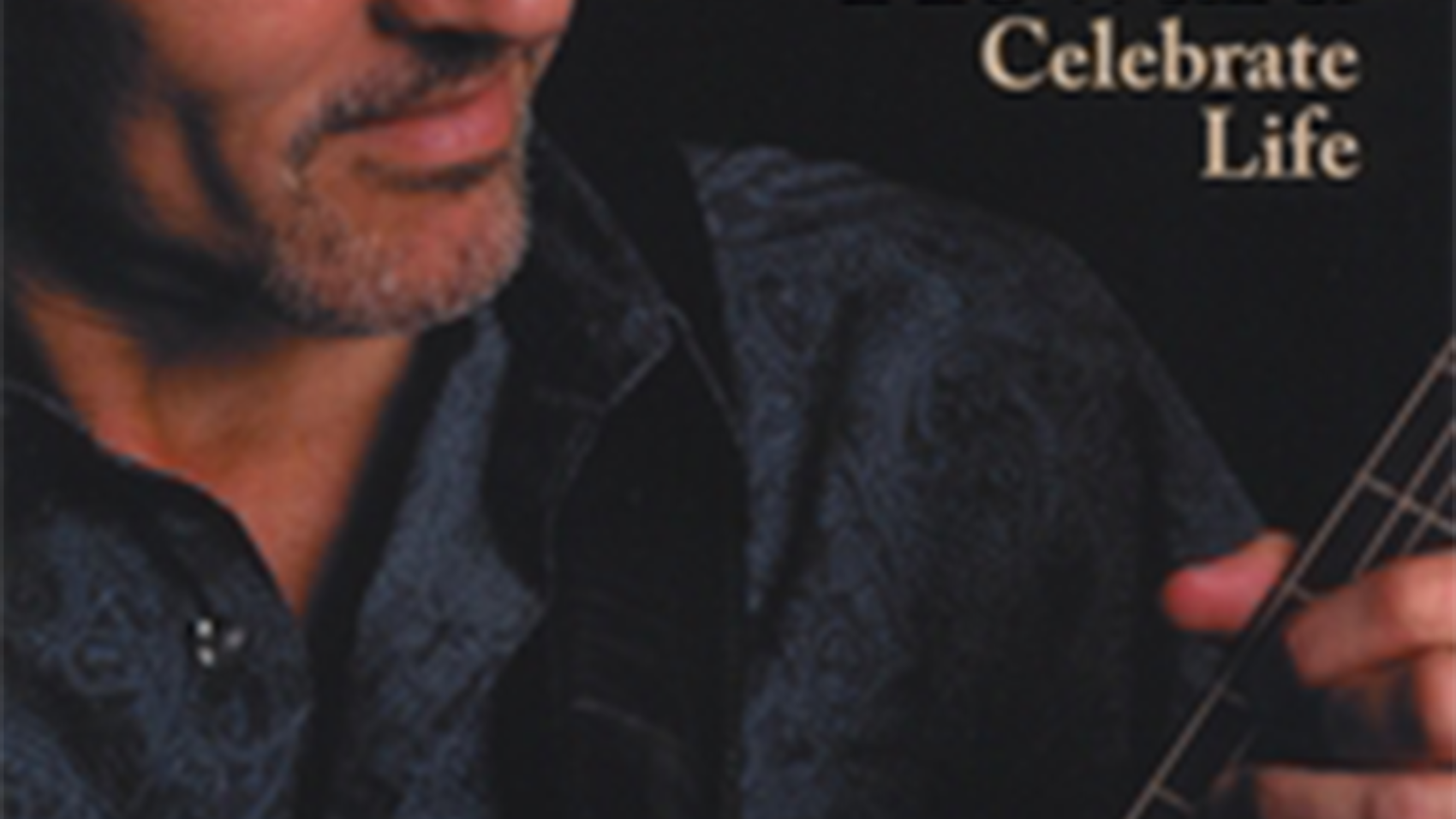 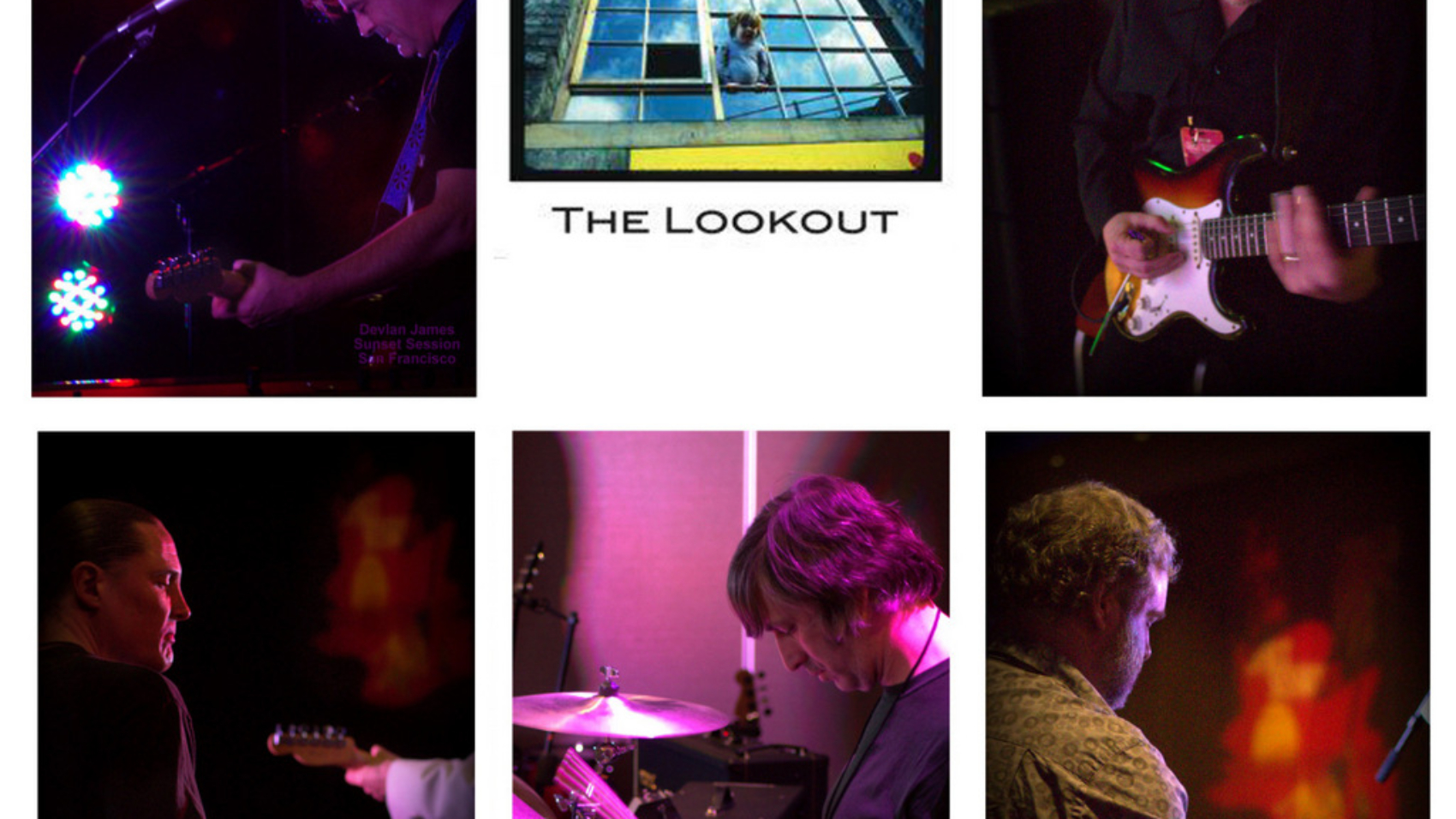 Notes: James Howard will be in the studio recording with the Devlan James Band who are charting in the Top 100 on AAA Radio Stations across the nation and performed this year at Michele Clark’s Sunset Sessions, San Francisco in February this year. 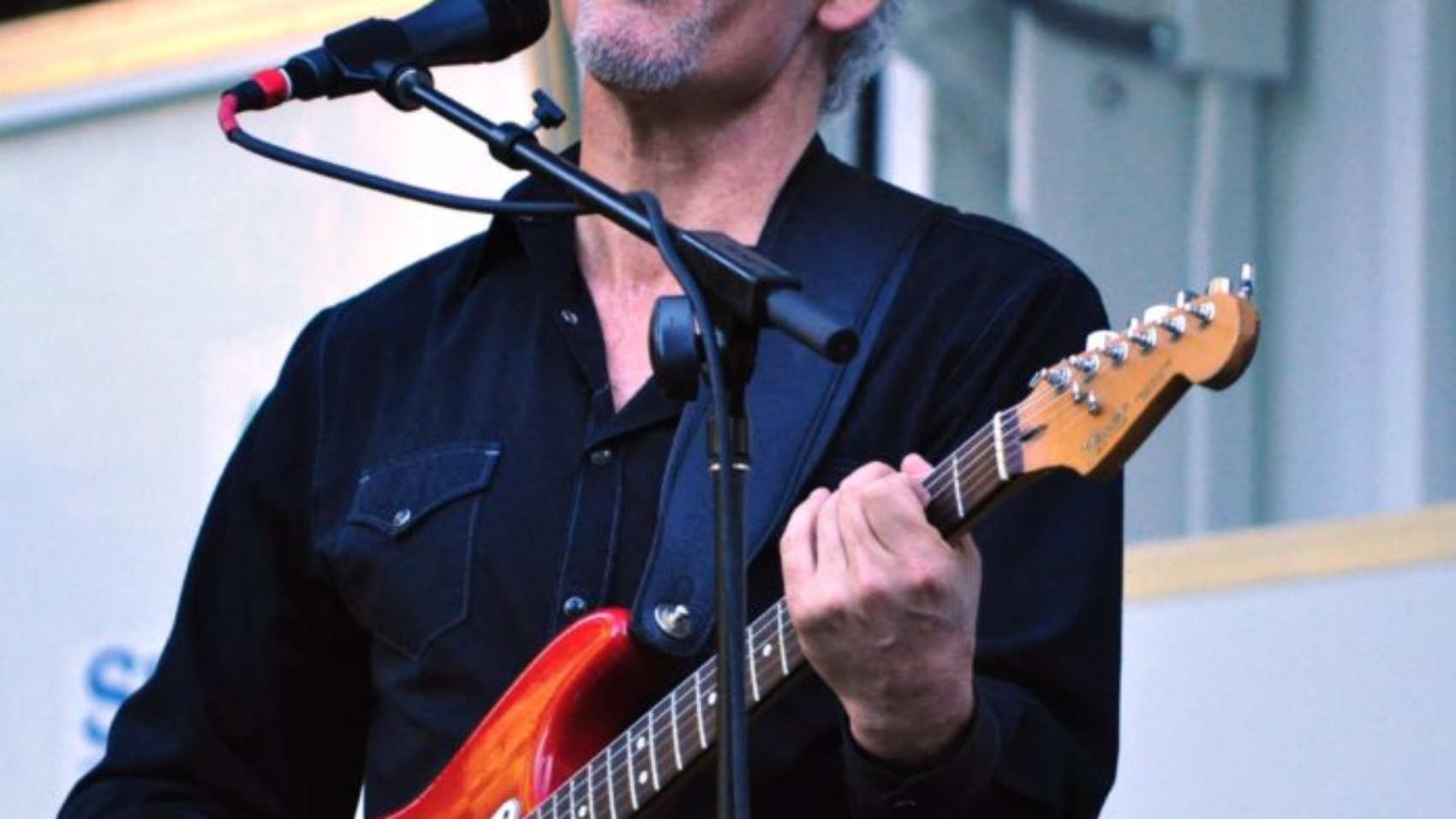